Furthermore, the highlight of the meeting today was the presentation of the new Samoa Guardian-class Patrol Boat (‘SGPB’) Nafanua II Vessel Model by the Australian Defence Assistant Director PIMS, Ms Anna Koestenbauer on behalf of the Australian Department of Defence to Commissioner Keil. 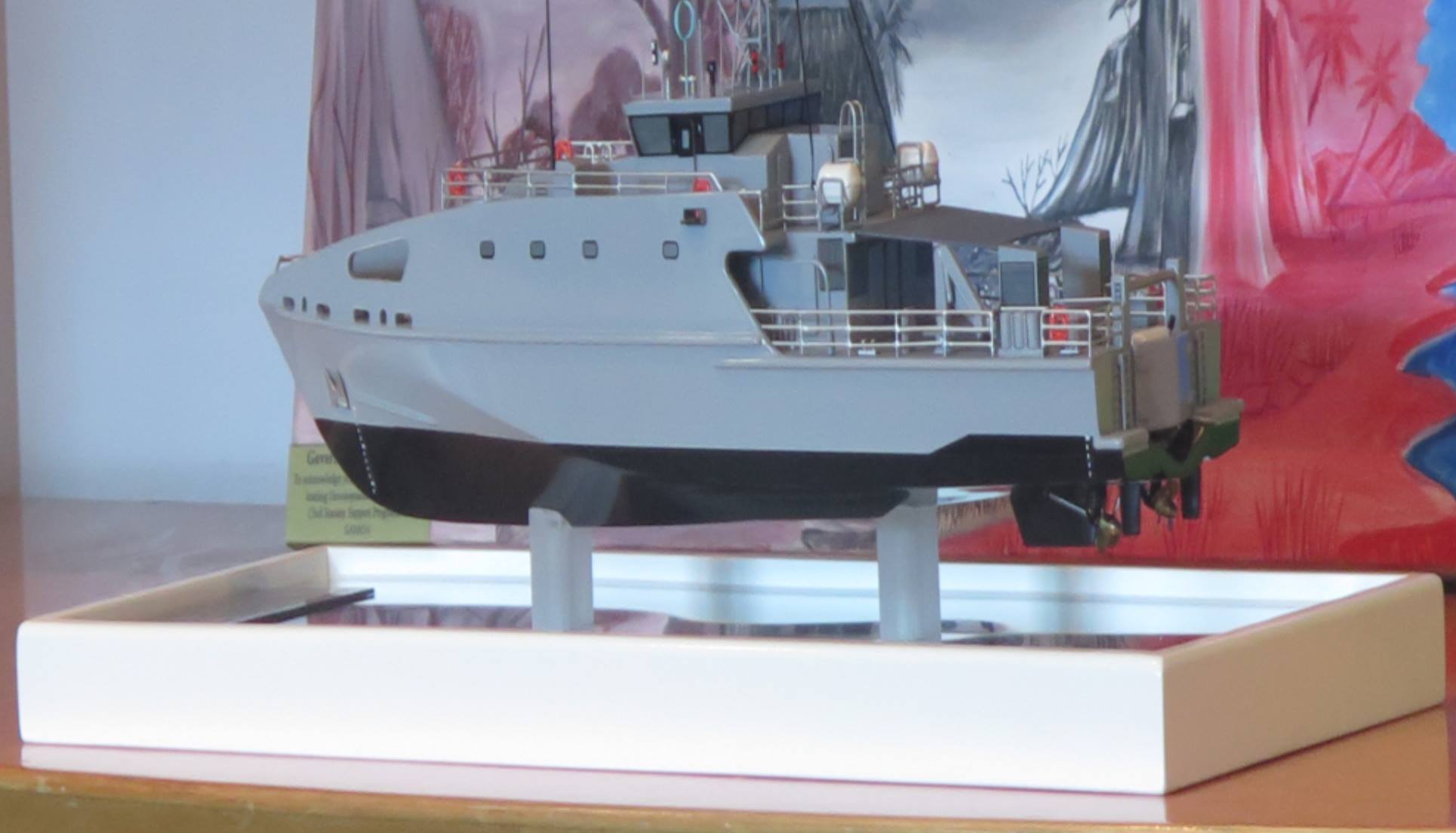 This model is a glimpse of what the Samoa Police Service is expecting from the transition of the current Samoa Patrol Boat (‘SPB’) Nafanua to this new vessel, SGPB Nafanua II later this year.

SPS acknowledges with great appreciation the assistance of the Australian Government through the Australian Department of Defence with the transition of the Samoa Patrol Boat which will greatly assist in patrolling Samoa’s EEZ and continuous participation in the Pacific region Maritime Domain Operation.

Working together for a safer Pacific.